The Book That Could Save America 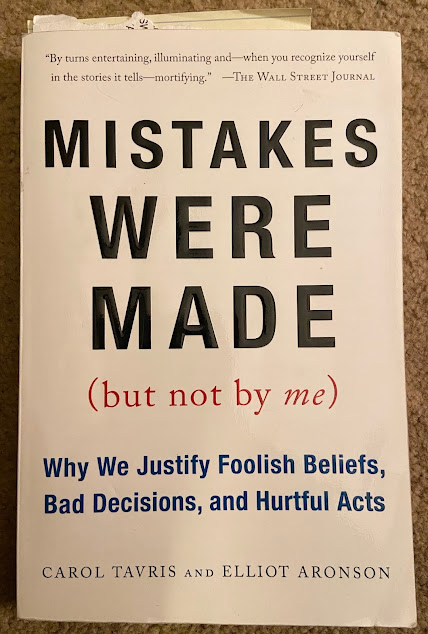 You believe lies. And so do I.

In fact, we likely each have many beliefs or opinions that couldn’t survive solid research. Yet, we cling to them. The 2020 election demonstrates how profoundly divided our nation is and I’m convinced that the intensity of the division is built largely upon utterly false beliefs. Mistakes Were Made, But Not By Me, by Carol Tavris and Elliot Aronson details the scientific research into how we mentally assemble and defend our sometimes mistaken opinions.

To overcome these prejudices, we have to overcome our powerful natural urge to defend our worldview in the face of contrary evidence. Here’s an example.

Lance Armstrong was a hero to my avid cycling friend. And for good reason. Armstrong beat cancer and became the world’s greatest cyclist, winning the Tour de France 7 times. But from the first victory in 1999 he was accused of using performance enhancing drugs. My friend defensively regarded the accusations as sour grapes from competitors. He was feeling “cognitive dissonance,” the term given to the protective mental struggle we experience when confronted with information contrary to our beliefs. By 2012 Lance Armstrong’s teammates and closest associates revealed that he was the ringleader of the most sophisticated doping scheme in cycling history.

To my friend’s credit he accepted that the overwhelming evidence wasn’t a conspiracy, but proof his hero was in fact a cheater. Mistakes Were Made demonstrates that’s not the typical outcome. Our brains go through enormous gymnastics to defend our beliefs in the face of opposing truths. Once we embrace something as true, take some decisive action, or get emotionally attached to an idea, the self-justifications and biases take hold.

Mark Twain said, “It’s easier to fool people than to convince them that they’ve been fooled.” That’s because of cognitive dissonance.

Back in 2012, the Trayvon Martin shooting came up with a friend. I said, “The actual facts of the case don’t matter. America’s so divided, everybody knew which side they were on before they’d heard all the facts.” Nostrils flared, jaw tight, she stopped the conversation in a bluster of anger. The mere chance I might blame George Zimmerman was too much. “I can’t bear to hear people twist the truth!” she said.

She was experiencing cognitive dissonance; her deeply held beliefs confronted by an opposing view (though I only suggested opposing views existed). It was so upsetting she couldn’t bear to hear the words.

That’s why we increasingly seek news channels that soothe our biases. Like country fans who only listen to country stations or a hip hop fan who only listens to rap, many of us are immersed in carefully constructed filter bubbles. Nothing we dislike gets through. And just as the algorithms of Spotify and Pandora keep our musical taste narrow, FOX News and MSNBC rarely challenge the political blinders we’ve affixed to our minds. If they did, we’d change the channel.

“As fallible human beings, all of us share the impulse to justify ourselves and avoid taking responsibility for actions that turnout to be harmful, immoral, or stupid.”  -Mistakes Were Made (but not by me)

The political manipulators in our culture know this well. They design social media posts meant to inflame our biases, knowing we’re so ready to have our opinions vindicated, we won’t fact check their claims before we hit share. And so we spread false information about our mistaken beliefs, thinking we’ve proving ourselves right.

Apply that to a politician we hate or admire, or to those waving rebel flags or Black Lives Matter signs. With our tendencies to defend and justify beliefs, it’s no wonder America is polarized. While reading Mistakes Were Made, I was embarrassed to see some of my own prejudices and BS reflected in the stories and research.

I once saw the Dali Lama speak. Someone asked him a very simple question: “Will the world ever know peace?” He replied like a prophet: “Only when we learn to disarm ourselves from within.”

During the Obama years, some of my conservative friends believed he was born in Africa, was a secret Muslim, and insisted he “hated America.” Some of my liberal friends are convinced that Trump has been compromised by Russia, deliberately destroying democratic norms at Putin’s bidding. At some point we have to face the idiocy behind these conspiracy theories and recognize that few of our opponents are monsters from hell. They’re just people we disagree with.

It’s been said we’re in a tribal, post-truth society, a time where truth doesn’t even matter. All that matters is the version of reality our tribes ascribes to. But if we’re to survive as a nation, we’ll each need to step back from our warring tribes and face the lies they and we embrace.

Kurt Meyer's novels can be bought at the Noble Made shop on Noblesville's courthouse square, or from any major online bookseller. 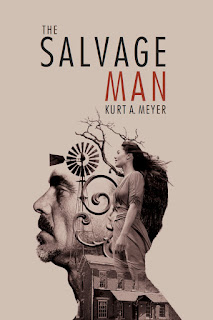 “Kurt Meyer’s The Salvage Man is a gentle Midwestern fantasy made up of one treasure after another. Part historical fiction, part love story, and part rumination on modern day life, this novel asks hard questions about the world we live in and the world we leave behind. I couldn’t put it down.”
Larry D. Sweazy, author of The Lost Are The Last To Die 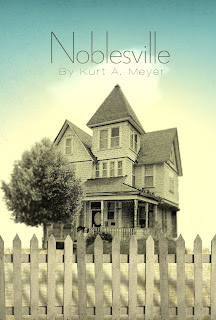 “Meyer turns the pages of history with gentle care and a warm heart, creating a story I’ll remember forever. Thank you Kurt Meyer for opening a door to my beloved town’s past and allowing me to travel the streets and meet the people of Noblesville 1893.”
Susan Crandall, Author of The Myth of Perpetual Summer
Posted by The Hoosier Contrarian at 9:31 AM

Labels: Mistakes Were Made (but not by me) Kurt Meyer Post Truth America