Most white folks I know deny white privilege, refusing to apply American history to their own success and comfort. But I recognize full well my own personal affirmative action program.

My grandfather Meyer grew up in a poor German-speaking farming family in northern Indiana in the early 20th Century. In fact, though he and all 12 of his siblings were born in America, they didn’t bother speaking English until they went to school – good schools. As a young man he took a solid work ethic and education to the nearest small town, married my grandmother and got a job at the post office.

I imagine the African American version of my grandfather. That man’s grandparents were slaves. His ancestors' culture, religion, and language were substantially suffocated by slavery, then Jim Crow. If he had a school, it wasn’t as good as my grandfather’s. He too probably grew up in hard circumstances, but there was no postman's job for him. Though he might have been a janitor at a post office earning far less than my white grandfather.

I once interviewed a Hoosier African American woman whose husband was the rarest of 1930s black men. He got a degree in chemistry at IU. After graduation he applied for a job at Eli Lilly, but was told, “The only job we’ve got for you involves a broom and a mop.” 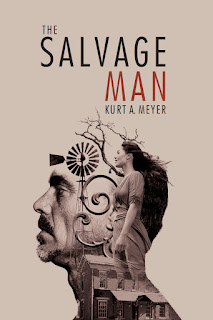 My grandfather wasn’t ambitious enough to get a degree at IU, but qualified for a better job than his black IU peer. That IU chemistry grad never used his degree.

After their sons entered school, my grandmother worked as a secretary. They bought a house in the 1930s and built equity with each payment. As they approached retirement, they paid cash for a new home. The number one way American families have built wealth in the past century is through homeownership. During the years my grandparents bought their homes, banks drew lines around minority neighborhoods, systematically denying loans to African Americans, and if giving them loans at all, did so at elevated interest rates. It was legal and called “redlining.”

My grandparents were good, hardworking people. There’s nothing in the rewards of their labor to apologize for. But that opportunity to build wealth was systematically denied to their black counterparts.

Jim Crow laws were still in affect when my father went to college. It didn’t just keep the black versions of my father and uncle from white lunch counters and bus front rows, in their alternate American universe, blacks were segregated in poorly funded schools. Few made it to college, because of course their parents hadn’t built wealth from home ownership, wealth that could be turned into college degrees for the next generation.

Still, there's nothing about their Purdue engineering degrees for my father or uncle to apologize for. Degrees weren’t handed out like candy. They worked hard for them. But they got opportunities kept from their black counterparts, black men who likely lived with a bitterness that I know my dad and uncle didn't understand.

In my little Indiana hometown in the 1960s and ‘70s I went to safe, nurturing schools. I was blessed; born white and middle class in 1960 in an all-white town, attending an all-white school and learning along side kids whose families had not-so-different backgrounds from mine. I say "blessed" because these were places with the best resources, where the spoils of earlier generations were concentrated so that even if you were white, poor, and uneducated, there were radiating waves of economic activity that provided decent jobs. 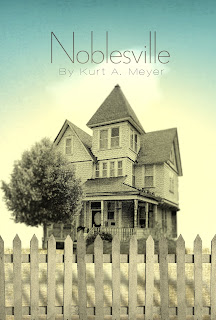 My father's engineering job put me in a big house on a nice, crime-free street. And there was enough money to send my mom to night school and summer classes. She got a teaching degree and taught elementary school.

As an adult I worked hard to build a successful career as a school teacher, then Realtor, working both jobs for years, often 7 days a week. There’s nothing in my success to apologize for.

I invested that money in my home and my kids’ college funds. And so our white family’s affirmative action program continues echoing down a full century, long past the passage of the Civil Rights Act and to the end of the first black president’s two terms in office.

Two of my kids have college degrees – the youngest is still in college. They have no apologies to make for their opportunities. But I suspect, like the 3 generations of Meyers before them, they encounter black peers who harbor bitterness. With pride, I see them trying to understand.
Posted by The Hoosier Contrarian at 6:07 PM